Until 1974, it was widely assumed that eye-witness testimony was one of the most reliable forms of evidence around when faced with a motor related incident. In fact, most of us still believe that eye-witnesses can and should produce accurate accounts of events later in court. When it comes to road incidents, it is often left solely to witnesses to recount what happened, and these accounts often determine the outcome of a trial.

Our instinct is generally to trust the people who were at the scene to tell us what happened. This instinct seems unshakeable, even though throughout time different witnesses have always produced varied accounts of the same event. Although juries and decision-makers place great reliance on eyewitness identification, they are often unaware of the danger of false memories.

In a case where witnesses are abundant, discrepancies in reports are easy to overlook, but when witnesses are few; they can drastically affect the outcome of a trial. In fact, according to a 2009 study, false eyewitness testimony contributed to more than 75 percent of the wrongful convictions over the past decade.

So why do people report things that didn’t really happen?

In 1974, Elizabeth Loftus and John Palmer set out to test the accuracy of Eye Witness Testimony in traffic incidents. They based their study of Bartlett’s Schema, which proposed that witness recall might be affected by unconscious assumptions made by witnesses based on their previous experiences. Bartlett believed that whilst a witness might see, for example, a black object in the sky, they’re likely to report this as a bird just based on their previous experience of flying objects.

Loftus and Palmer decided to test this theory based on memory recall of witnesses to a car incident. They showed a number of participants a film of a car collision and produced a questionnaire to fill in afterwards. The question asked ‘how fast were the cars going when they —– into each other?’ with the operative verb varying in severity from ‘bumped’ to ‘smashed’. Later, all participants were asked whether they had seen broken glass. Participants who answered the questionnaire with the most severe verbs were far more likely to report seeing broken glass, even though there hadn’t been any in the footage.

These findings are incredibly revealing in illustrating the inadequacies of human memory for recalling events. Even the most trustworthy witness is subject to a huge number of influences that will affect their recall later in court.

Furthermore, witnesses often distort their own memories even without the help of police officers or lawyers. Rarely do we recount events or start telling a story without a purpose. Our retelling is always tailored to a particular listener; we often leave out material we don’t think is relevant for this reason. The act of telling a story adds another layer of distortion, which in turn affects the underlying memory of the event.

Loftus and Palmer concluded that human memory is no tape recorder, and should never be taken at face value. In 1974, this reality often led to wrongful convictions, and sentencing in court that wasn’t reflective of crimes committed.

CCTV has helped to an extent, while some telematics products purport to track and understand incidents but understanding the lead-up and circumstance accurately has previously been impossible. However, the invention of the dash cams here in the UK is changing this.

As more and more people use dash cams across the world, human memory no longer needs to be solely relied on in court. Dash cams exist to catch any kind of disturbances on the road in perfect clarity, and this footage can be relied upon to provide a truly accurate recall of events. Insurers already do it, while police forces across the UK have successfully brought dangerous drivers to justice.

The impact of this invention in producing a reliable witness will be an invaluable asset to the judiciary system. It will make the process of reporting an incident fairer, and more secure, helping to obtain the best possible outcome for victims.

Over to you, the motorist. 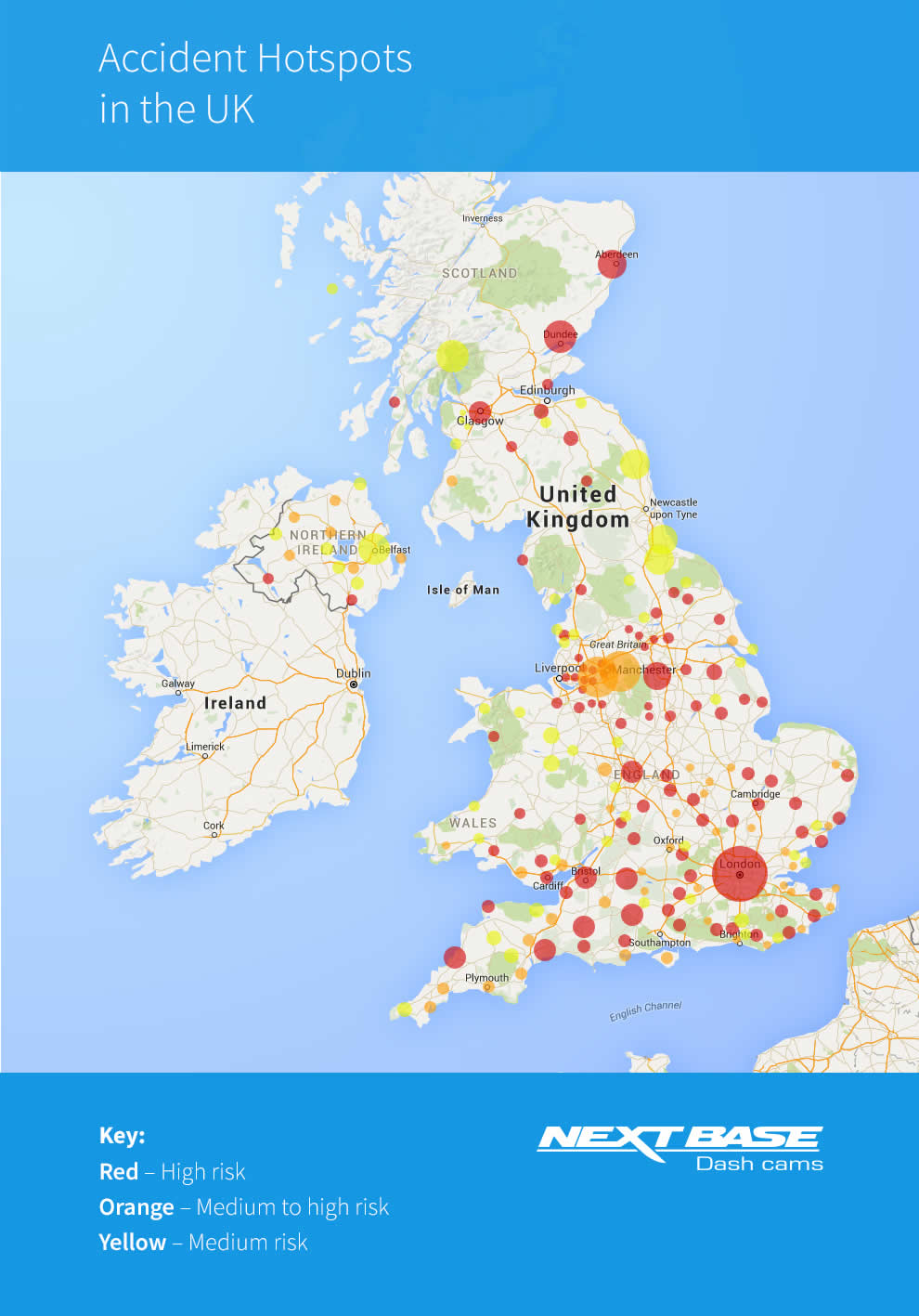 After looking into 10 years of raw data, from 1999-2010, we found some pretty random places with a high number of incidents across the UK.

Lifecycle reflects the car you have (or is it ‘need’?)

David Williams, national motor journalist and road safety award-winner There are two questions I dread at gatherings. The first – […]